7 Animals Saved from Extinction in 2020

2020 has been an unprecedented year. But it won’t go down in history only for the difficulties we’ve faced as humankind. It’s the year that will be remembered for bringing seven mammals back from the edge of extinction - at least for now.

According to a recent study published on the Conservation Letters, seven mammals were on the edge of becoming extinct in the past decade but thanks to immense conservation efforts they were saved from this fate. However, only two of them are believed to be safe for good.

Let’s get to know these heroic animals, celebrate the successful conservation, and share this historical moment with our friends - because not all of these species can be saved forever without extensive changes in our relationship with the natural world. 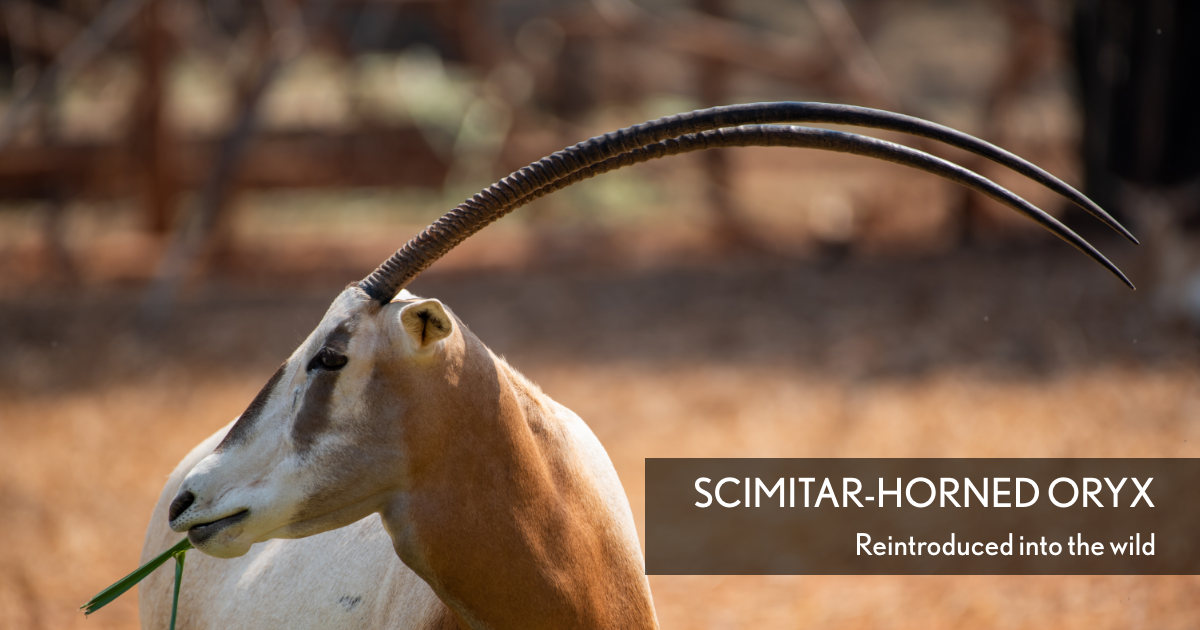 The scimitar oryx (Oryx dammah), also known as the Sahara oryx, is a 1 meter (3.3 ft) antelope that once spread across North America. These magnificent animals went extinct in the wild in 2000.

💚 Thanks to enormous conservation efforts, Scimitar-horned Oryx were reintroduced back into the wild in 2016. Today, there are 1000 Scimitar Horned Oryx living in the wild and about 7000 in captivity. 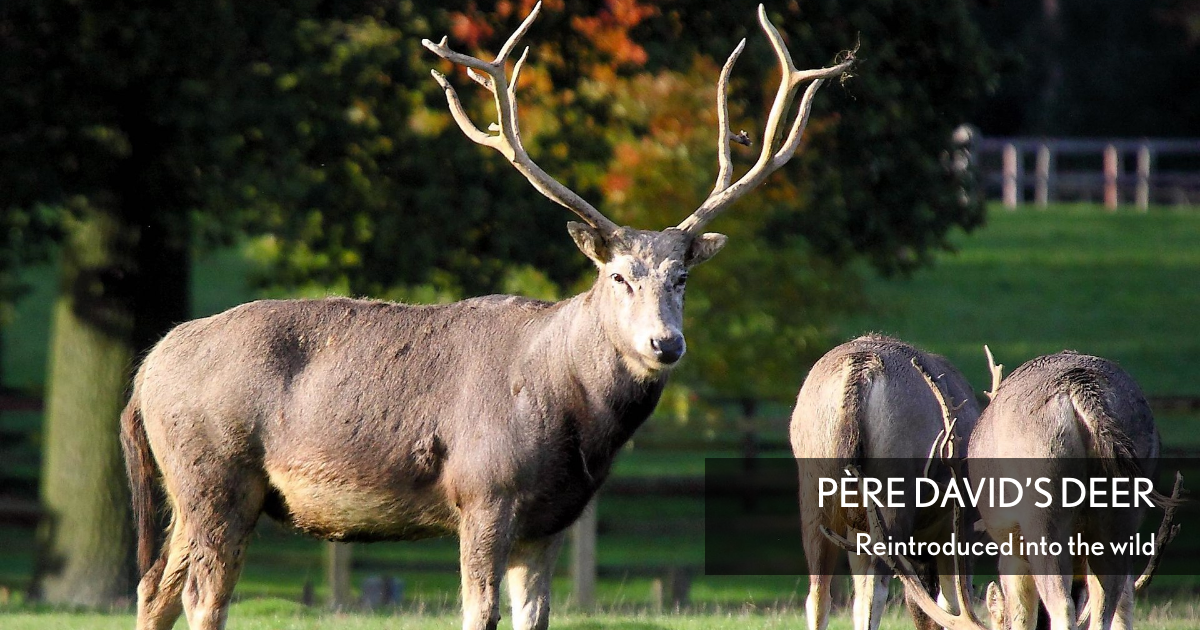 The Père David's deer (Elaphurus davidianus), also known as the milu, is a rare deer with broad hooves and a long fluffy tail. By the end of the 19th century, the species was hunted to extinction in their native China.

💔 The milu was saved from extinction thanks to the specimen living in European zoos. In 1980s, they were reintroduced into the wild and by today, the population has grown to more than 700 individuals in China. However, as the species has lived in captivity for so long, they may lack the necessary genetic diversity and adaptation to predators to survive. 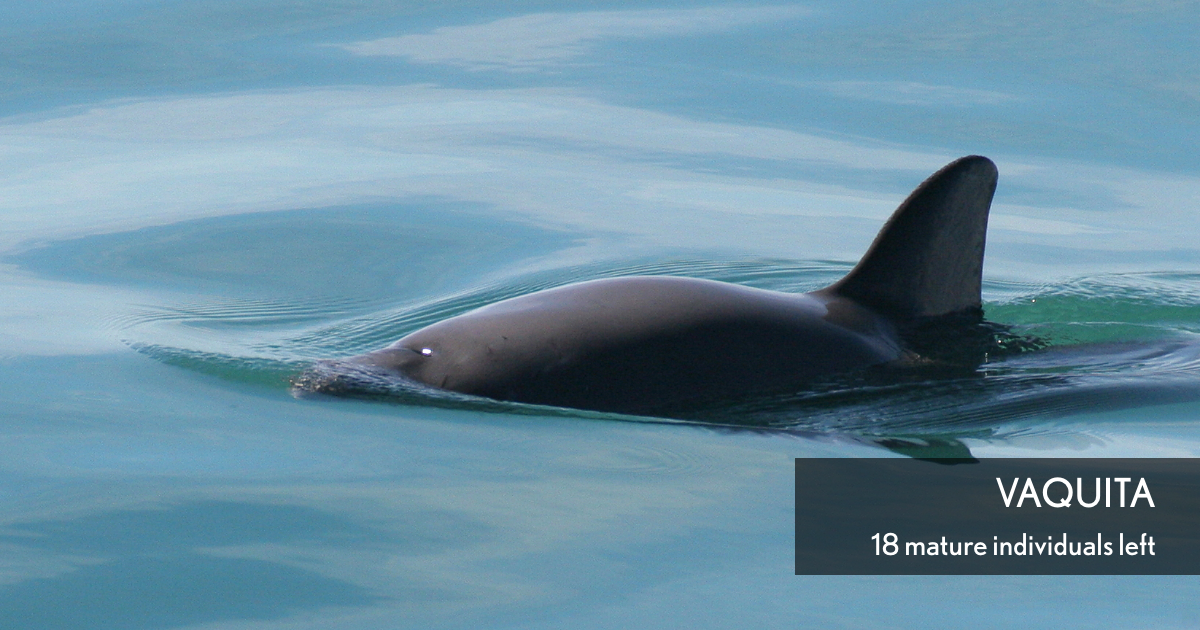 Vaquita (Phocoena sinus) is an aquatic mammal living in the northern end of the Gulf of California. These 150 cm long relatives of dolphins and whales are victims of illegal fishery where they get caught as bycatch.

💔 Conservation efforts have have slowed the catastrophic decline of the species until today but according to the researchers, they may fail to halt it in the long run.

Location: Sea of Cortez, Vermilion Sea in the Gulf of California, USA 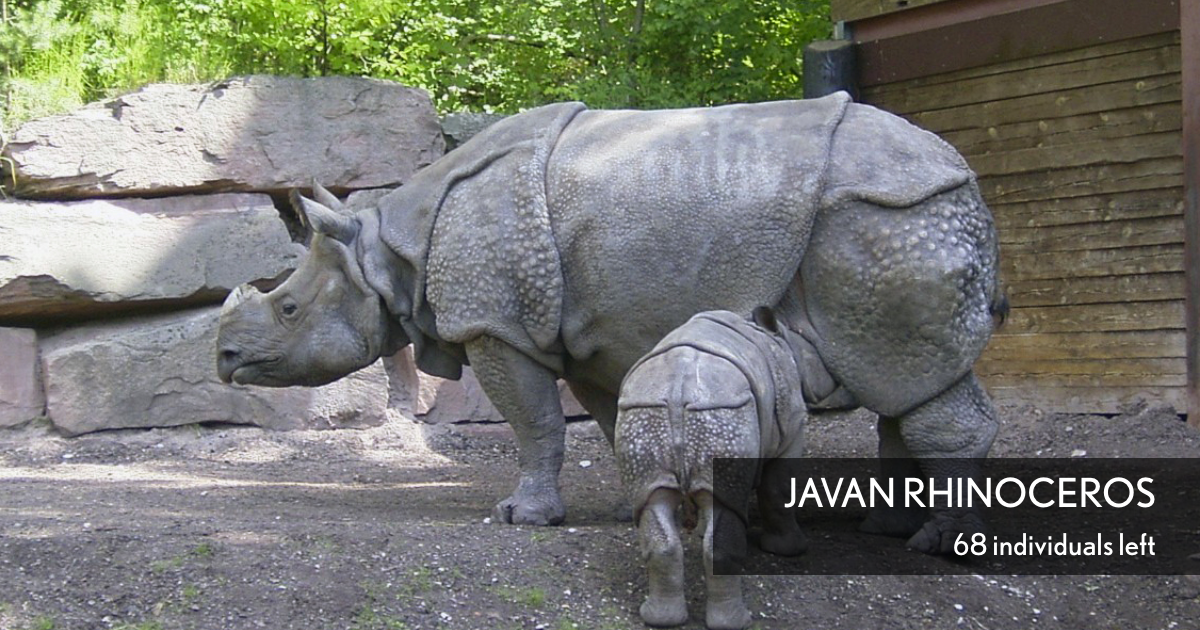 Javan rhinoceros (Rhinoceros sondaicus), also known as the Sunda rhinoceros, is a small rhino with mosaic and armour-like skin that grows up to 1.7 m in height (5.6 ft). This one-horned mammal has been poached for their horns to near extinction, with a single population remaining on the planet.

💔 With the help of active monitoring and protection, the decline of Javan Rhinoceros has stabilized. However, with just one population alive in the world, and none in captivity, their future on Earth cannot be taken for granted. 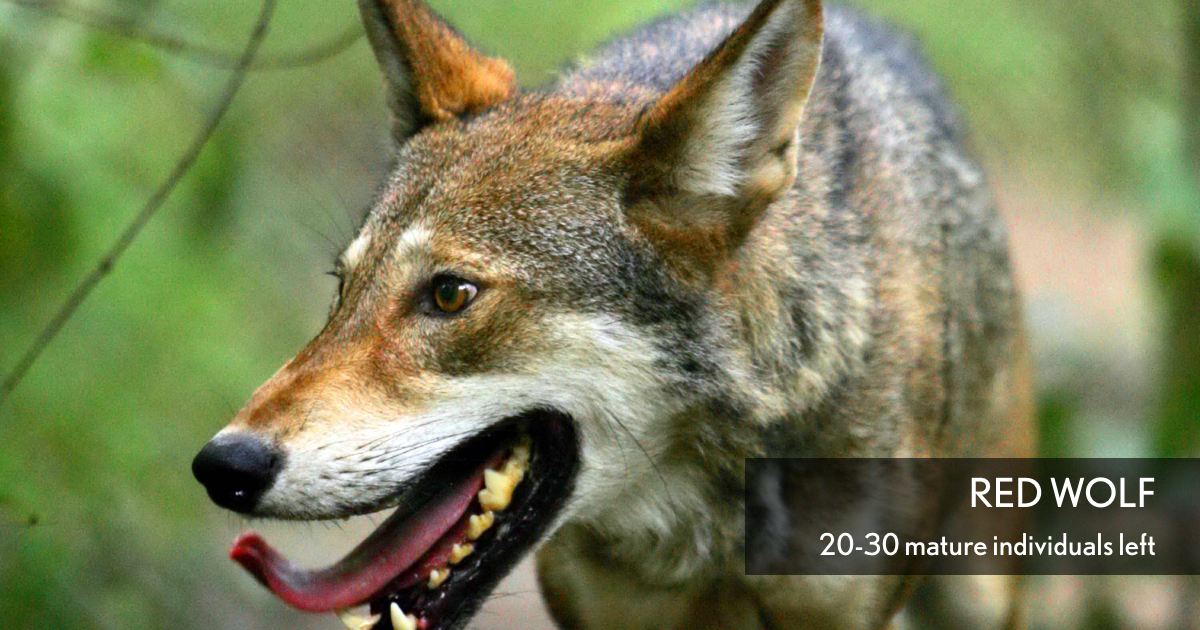 The red wolf (Canis rufus) is a reddish canine standing between coyotes and gray wolves. Their populations have mostly been cleared by active hunting in their native Southeastern parts of United States.

💔 Reintroduction efforts have prevented the last 20-30 red wolves from going extinct. However, the species remains under the risk of being shot to extinction in the wild in the future. 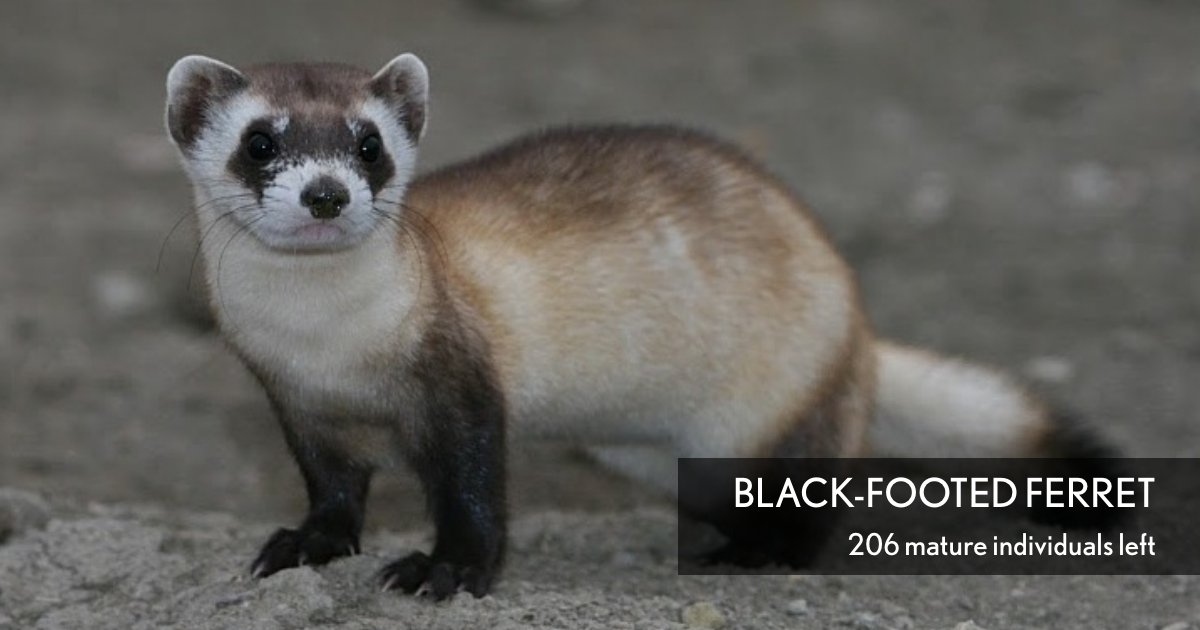 💚 From 1991, a captive-breeding program reintroduced the species in the western states of the US, Canada, and Mexico. Today, there are more than 1000 wild-born individuals living in their native habitats. 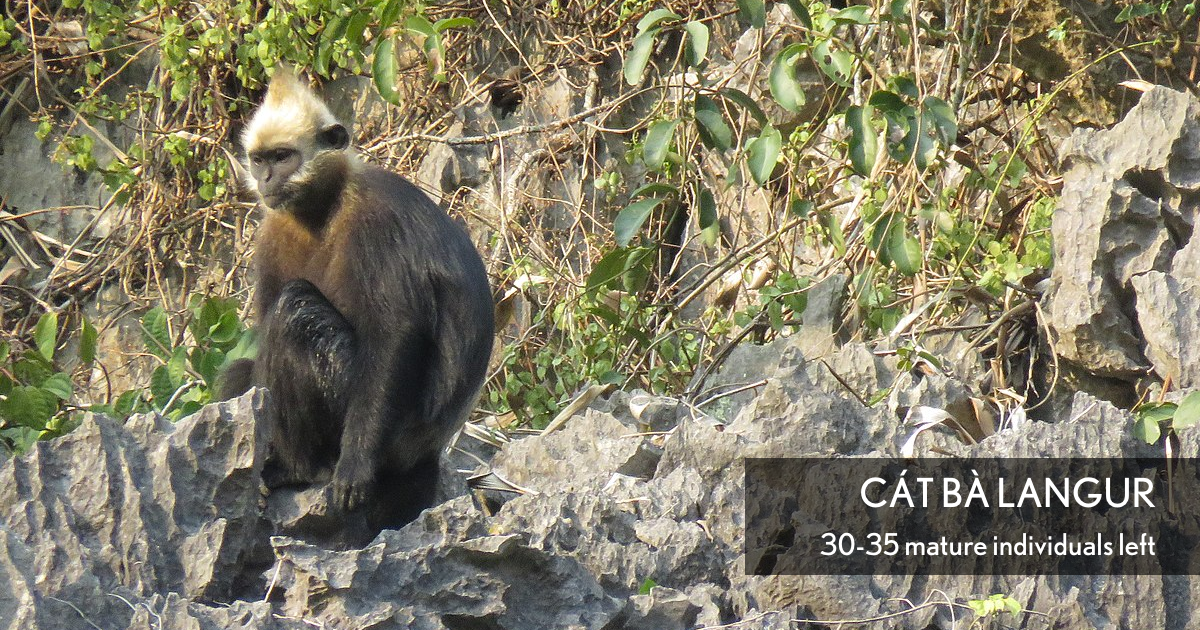 Cát Bà Langur (Trachypithecus poliocephalus), also known as the golden-headed langur, is one of the rarest primates in the world, living in the island of Cát Bà in Vietnam. After years of  poaching to supply the traditional medicine industry, the population of golden-headed langurs dropped below 70 in the 2010s.

💔 Bodyguards protect the last surviving Cát Bà Langurs till this day. Though this has saved the species from going extinct, the future of these golden-headed primates remains uncertain.

We will always be thankful for the amazing conservation efforts made to protect these and all other species threatened with extinction. These seven success stories reassure that we can stop mass extinctions and loss of biodiversity, though it’s not going to be easy.

We end 2020 with more than 35,500 species threatened with extinction. Saving them is not a matter of conservation, though. We need to eliminate the root causes that are killing wildlife.

These species live only on this single Earth. When they go extinct, they’re gone for good. We can’t afford to lose them.