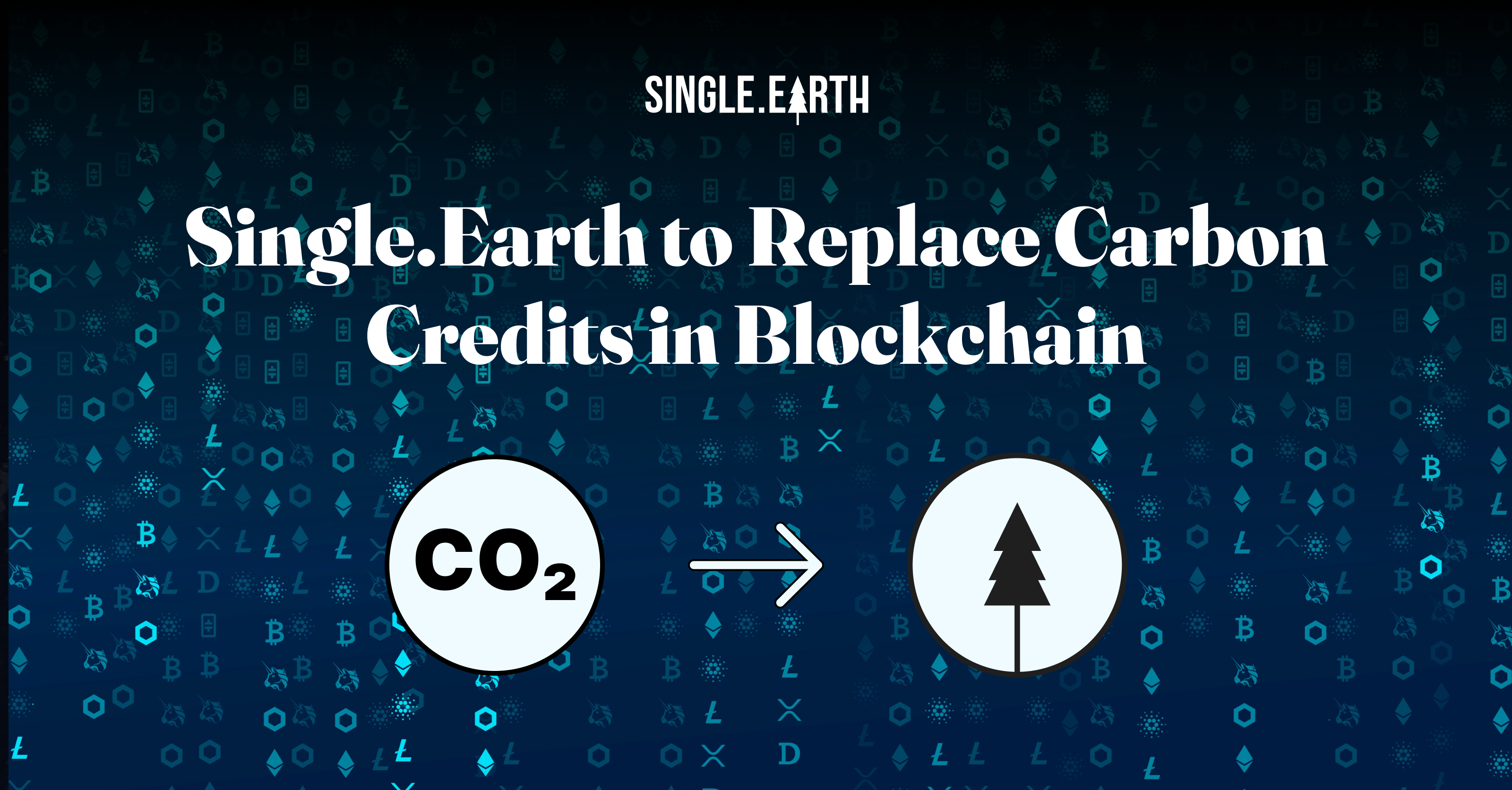 At the turmoil of KlimaDAO sinking after its supply was cut by Verra, recently followed by the halt of Adam Neumann’s Flowcarbon, the carbon credit trading in blockchain was supposed to come to a standstill.

Or so everyone thought.

In this turn of events, Estonian startup Single.Earth comes out of stealth mode with its science arm, becoming a synonym for the RAND corporation of biodiversity and carbon credits.

With an international team of more than 20 interdisciplinary scientists, including ecologists, environmental scientists, and physicists, the company has been busy sorting out the shortcomings of today’s carbon credits.

More importantly, the team has tackled the questions about biodiversity loss and why net-zero policies are still translating to mass extinction, although possibly on a somewhat less overheated planet.

“At one point, we understood that classical carbon credits are not going to save the planet. Climate, maybe. Biosphere – not!” – a quote from the CEO and co-founder of Single.Earth, Merit Valdsalu reads. She's a woman no less ambitious than the blockchain token "MERIT" that reflects the value of nature. The shared name reflects the nature of the business as well as her nature, showing that she is seriously into the business of saving the world.

Verra, the operator of the world’s largest carbon credits program, said on May 25 that it was prohibiting the practice of creating instruments or tokens based on retired credits and is evaluating the future of tokenizations of its credits, halting the supply of new carbon credits to the crypto market. On May 30, The American Carbon Registry (ACR) prohibited the tokenization of ACR carbon offset credits unless explicitly authorized by ACR.

The MERIT token was originally created for the crypto market. The token creates new opportunities to rapidly and transparently slow down deforestation on a global scale. It makes the nature-based services market accessible to small landowners for whom the voluntary carbon market is out of reach.

Born as a blockchain token since Single.Earth started almost three years ago, it has been designed from the ground up as a scientific instrument, reflecting the value of nature in a compatible manner for the Web3 world and being a head-turner for innovative companies as well as crypto-savvy private investors.

“We have created a Digital Twin of no less than a planet that reflects the ecosystem services value of each piece of land on Earth,” says Andrus Aaslaid. As CTO and co-founder, Aaslaid is acknowledging that the current model is only scratching the surface and is far from perfection.

“We are one of the few companies today that knows how much forest there is on the planet and how much carbon these forests are sequestering at any time. That’s a good start. That’s enough to start trading with the outcome of those models and have the people that ‘own’ the trees and species to be rewarded for being good guardians of them,” he said.

Single.Earth says that its token can replace the classical carbon instruments and the voluntary market by looking at the world more holistically and factoring in the species and habitats besides carbon.

“Nature is continuously changing – we can’t tackle the climate crisis without considering biodiversity loss, and vice versa. We have to look at nature and its ecosystems as an interconnected and multi-dimensional system,” said Donalda Karnauskaite, head of research at Single.Earth.

“Our growing appetite for timber and agriculture has put the planet in a very difficult position. Planting new trees for carbon offsets is not going to save us if we keep destroying the forests and lands that support us today,” concludes Merit. The founder, not the token.