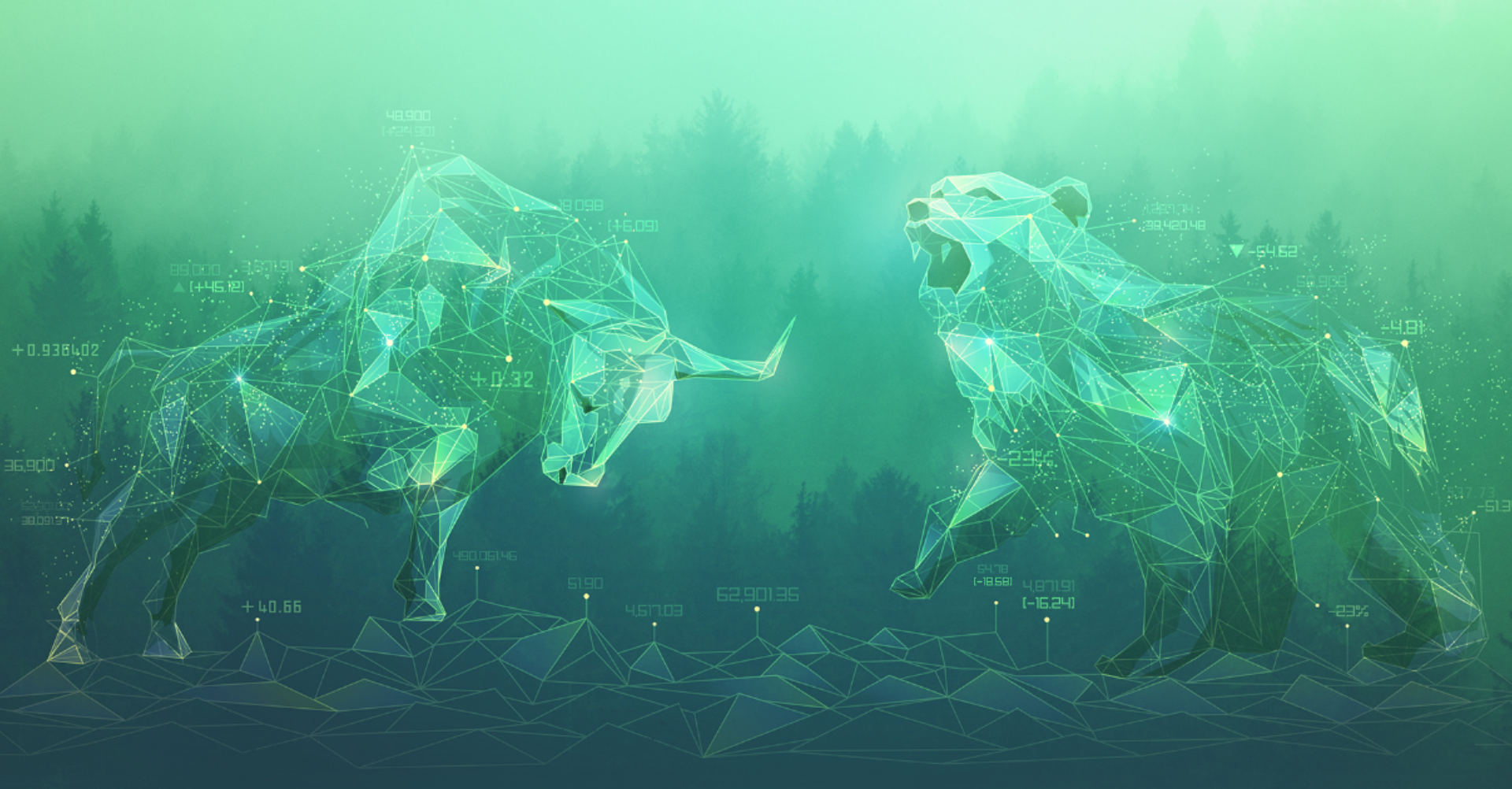 Ecosystem services as a new tradable and liquid asset class

We’re used to viewing gold as the backing of financial instruments and investment for the future. It has a limited supply and can’t be counterfeited, which maintains its worth over time. We just have to agree on its value.

From a financial perspective, nature is just like gold - we can’t mass-produce it and its supply is limited to, well, our single Earth. However, unlike gold, nature is essential for our survival. Yet, we continue to value gold over the living ecosystem.

One reason why nature and biodiversity haven’t been successful as investment instruments is their low liquidity. We’re used to buying and selling the raw materials nature produces but do not financially value its impact as a habitat to all living creatures, including ourselves.

Single.Earth is here to change that. We’re launching a platform that trades natural resources as tokenized virtual goods, such as carbon allowance and biodiversity offset. The new service enables forests, wetlands, and other natural resources to generate profit without being sold as raw materials.

The Single.Earth marketplace begins a new era, which help our customers save the Earth by accumulating wealth in something essential for our survival on this planet - nature.

Our blockchain-secured models are based on earth observation data from satellites and environmental big data sources. These create a unique and provable link between living nature and the financial instruments, thus reflecting the accurate value of those assets.

The new sustainable MERIT tokens prove that it isn’t a case of economy vs environment. Once the value of nature is fully recognized, we can finally tackle the climate crisis, prevent species extinction, reduce habitat loss, preserve forests, and, ultimately, save the planet.

The founders of Pipedrive, the latest European unicorn, became pioneers using this market opportunity to value forests, wetlands, and other natural resources.

“We all depend on biodiverse forests and we all must step up to protect them. Single.Earth is by far the easiest and most reliable way of doing it.” Ragnar Sass, co-founder of Pipedrive

Not only are the pioneers keen on saving and protecting the natural world around us, but they also understand that the value of these assets will increase in the coming decades, not to mention the opportunities tied into carbon offset markets.

Buying MERIT tokens will make a real impact by preserving healthy ecosystems. We'd love to have you with us!

Register for presales of the MERIT tokens as:

🌿 A landowner to fight against climate change while earning money by managing your forests, wetlands, and other natural resources sustainably

🌿 A MERIT token buyer, which allows you to participate in the increasing global CO2 offset market

Or become a part of the coolest online community of passionate environmentalist and researchers.

A digital twin of Planet Earth

To use nature as a financial instrument, we have to understand the complete value of a forest, wetland, cropland, or any other natural resource. Until today, the economic value of nature has been calculated based on its worth as raw material - timber, peat, crop, etc.

Single.Earth now adds the ecological value of nature to the equation. We’ve built the first models to estimate annual carbon sequestration and biodiversity at any given point on planet Earth. As we process more and more data, these models become more intelligent in assessing the nature around us.

We tokenize these ecological values and create a digital twin of the natural world. Think of it as the global ledger of our ecosystem services where you can check how many tonnes of CO2 a particular forest or wetland has sequestered in a given time or how much biodiversity it holds.

Once a landowner joins the Single.Earth platform, the tokens become tradable on the biodiversity and carbon offset marketplace. The voluntary carbon offset market is projected to grow to $200 billion by 2050 and has the potential to offer financially feasible alternatives to deforestation and other intensive land use.

We store and publish traces of market trades in blockchain technology to verify the details of every transaction. However, transaction details may or may not be published, depending on the trade parties’ agreement.

The published blockchain traces enable the verification of transactions independently of us, adding a unique layer of transparency and trust to Single.Earth.

Through this, we’re fixing two core issues in the current carbon offset system. First, we bring transparency to the market that’s currently wrestling with issues regarding double-counting carbon allowances. Second, we make the carbon offset market accessible to all landowners, regardless of their size and geographical location.

Saving the natural world through fintech

Single.Earth is a fintech startup from Estonia with strong links to the green tech and deep tech space. We’re an international team with diverse backgrounds, driven by passion for saving the natural world by integrating nature preservation into the current economy (we're hiring!).

Single.Earth was founded by Merit Valdsalu, an early employee at Pipedrive, and Andrus Aaslaid, one of the masterminds behind making Estonia world-renowned for its e-government.

Jaan Priisalu, former head of Estonian national cybersecurity, recently joined Single.Earth as the Blockchain advisor; Jesse McCrosky, ex-Google, and ex-Mozilla, joined as the Chief Data Scientist. The team has doubled in the past six months and will continue its rapid growth to disrupt the current economy with nature-backed banking.

Single.Earth has been backed by Icebreaker.vc, a Finnish venture capital firm, and Ragnar Sass, co-founder of Pipedrive and founder of Salto.

Join Single.Earth. The natural world depends on you.

Merit and Andrus, founders of Single.Earth 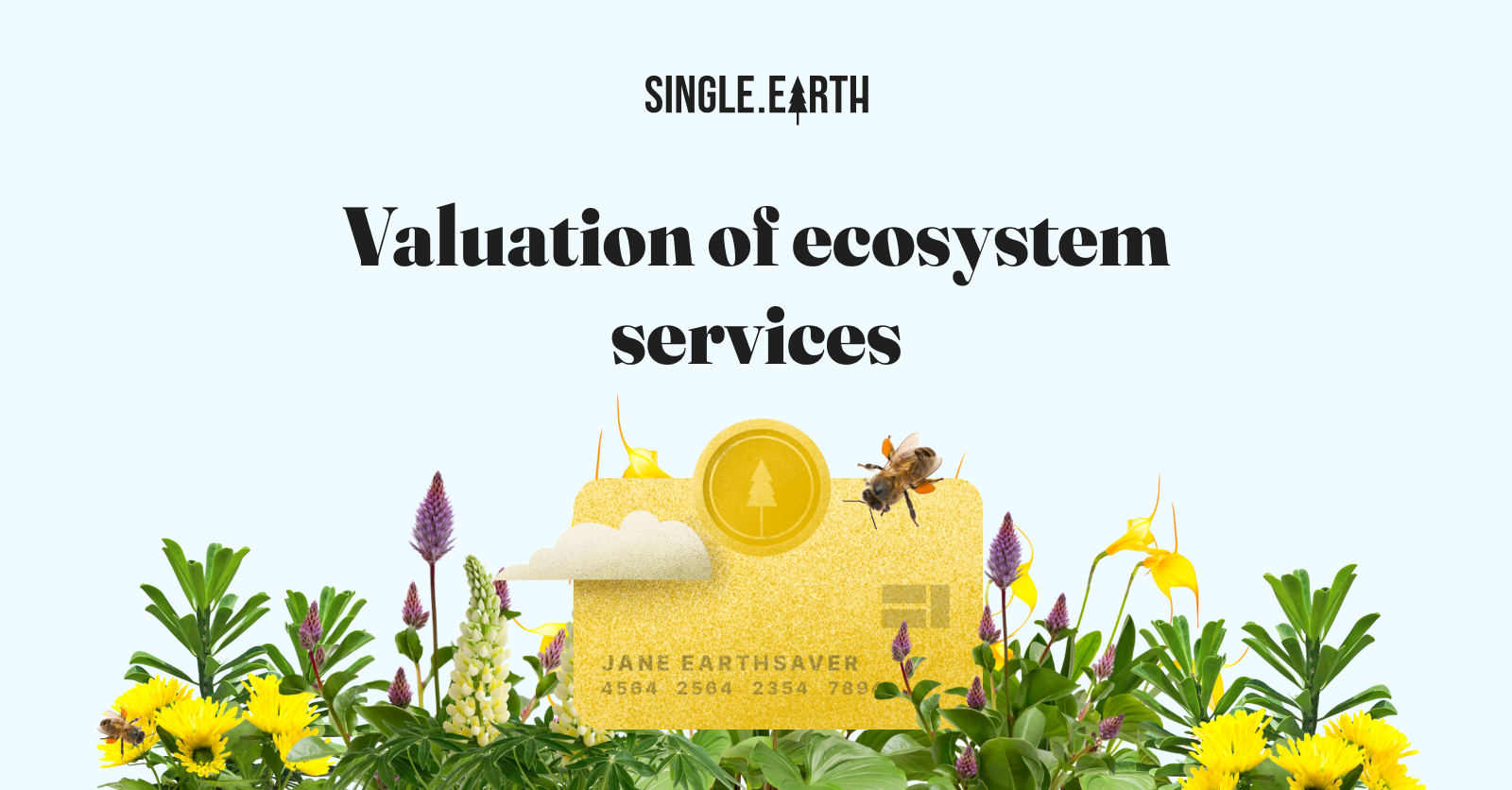 Valuing the Essential Ecosystem Services that Support Life on Earth 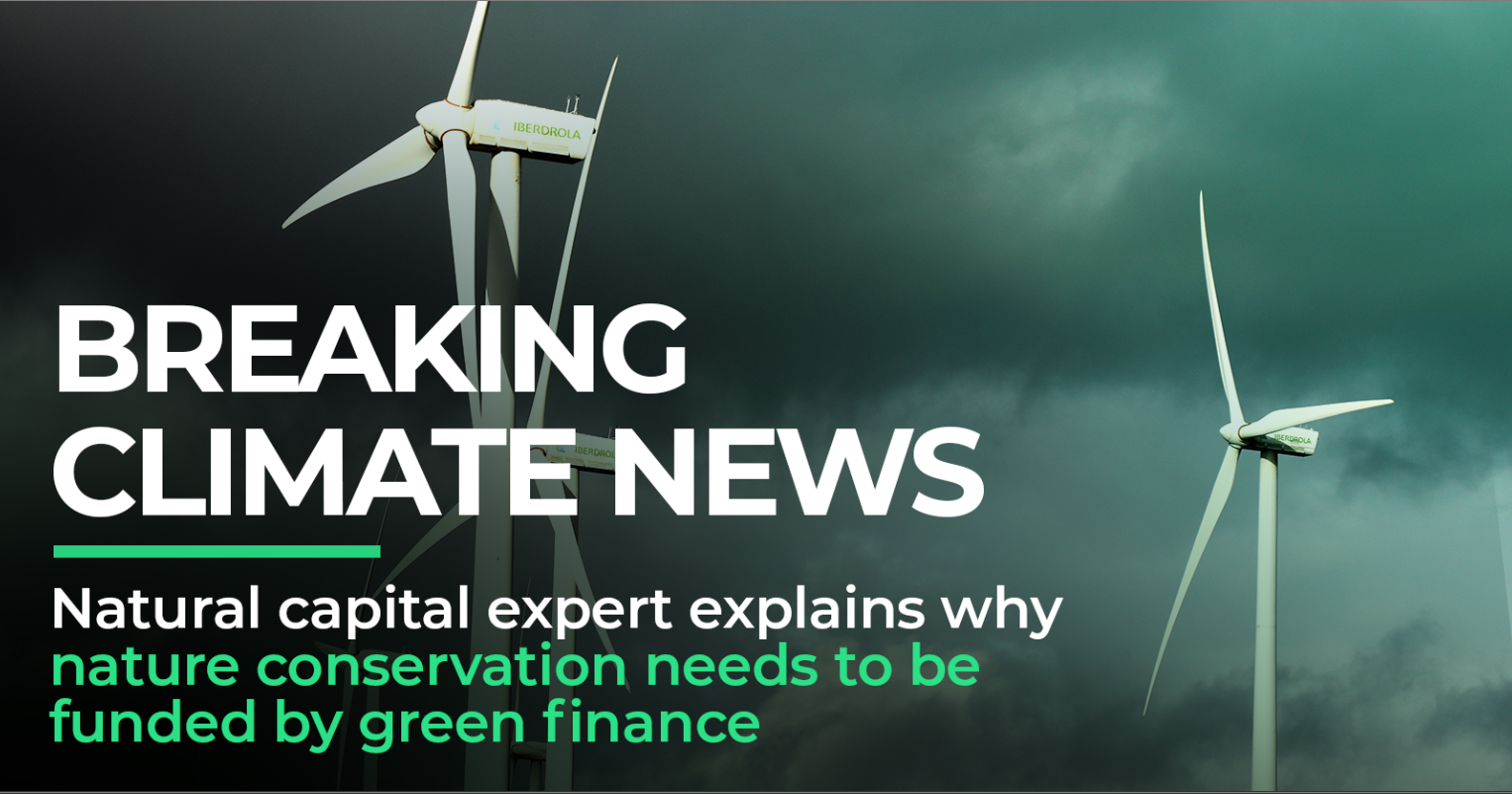 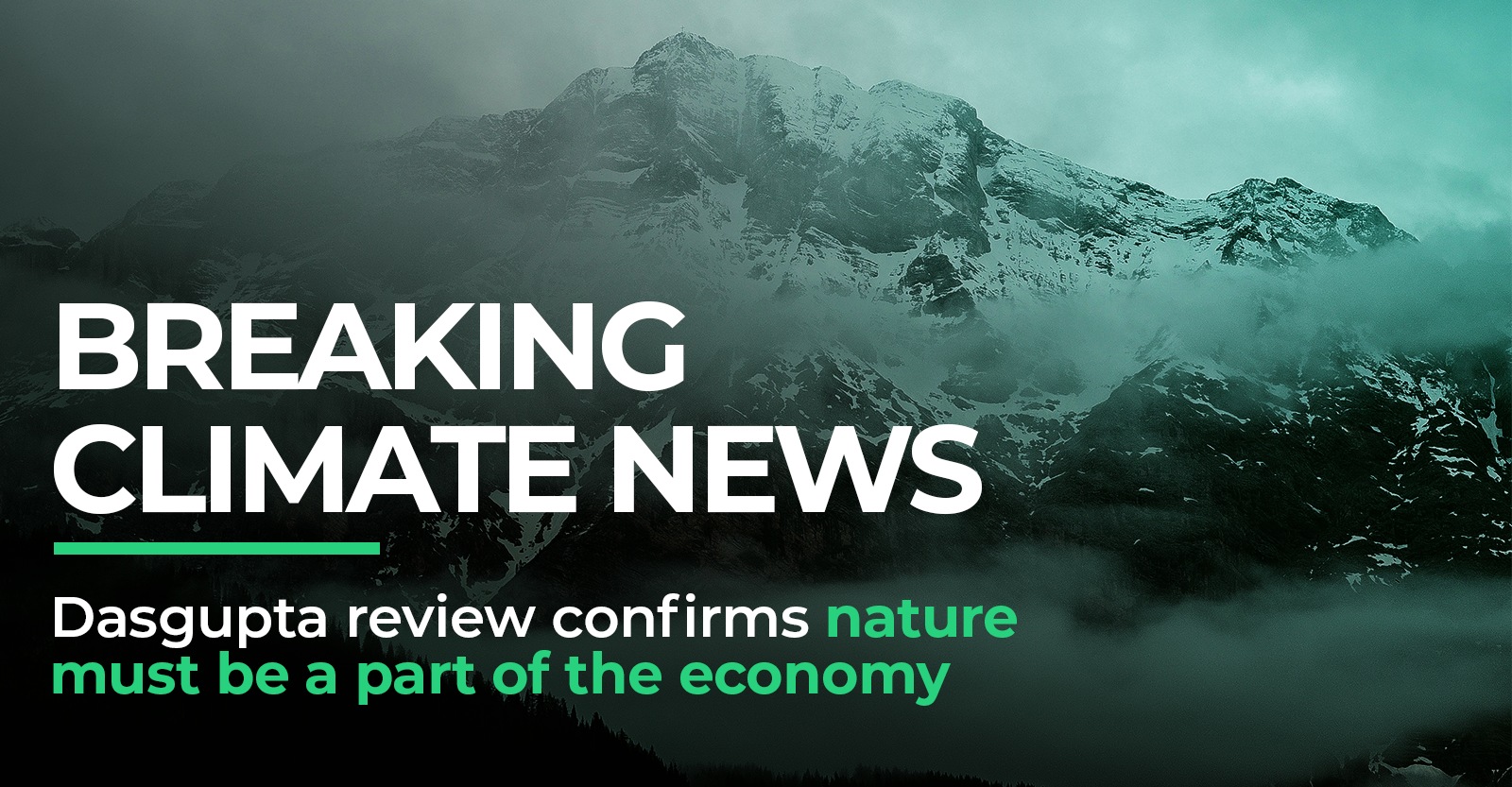 Breaking: The Dasgupta Review Confirms Nature Must Be a Part of The Economy

Buy MERIT tokens
Join as a landowner
Sign up to our monthly news about the nature,
biodiversity, the future & much more!
Thank you! Your submission has been received!
Oops! Something went wrong while submitting the form.
General
About usMERIT tokenEesti keelesLegalMission TEDx
Resources
MERIT on SolscanFAQSupportBlogNatureBacked Podcast
Join the mission
Token buyersLandownersBusinessesCareersDiscord community
Social